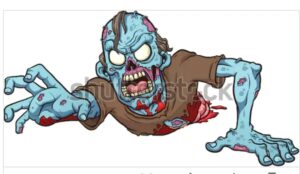 Thus was originally supposed to have posted yesterday but due to technical problems it wasn’t able to post until today.

So I went to see my surgeon on Wednesday. I went because I had noticed that there was a small amount of a mixture of what looked like blood and fluid coming out of the suture scar on my stump. This began after I got my new leg. It didn’t happen every time I wore the leg but I finally decided not to wear the leg until I got it checked out. I was afraid of getting an infection in my stump and the infection getting so bad that before you know it I go from below knee amputee to above knee amputee. I think I’ve been through enough for one year.

So there I was once again back in a wheelchair and needing help to get out of my house. It was very depressing for me. I had my leg for a little over a week and really enjoyed standing again, walking again, dare I say feeling normal again? But no, in a little over a week I had lost my new found freedom and I was sitting in the chair. Not by choice but because of necessity. It made me feel sick.

So off to the doctor I went. I had decided to bring my leg with me. It was probably a superstitious decision feeling like if I didn’t bring it then I was giving up and never going to be able to wear it again. It’s funny how your brain works at least mine. I left it in the car and my son Lee wheeled me into the doctors office. I was very nervous. I had worst situation scenarios running through my head. I fought these thoughts by trying to keep my chin up and making jokes. It somewhat worked. I sat in the chair in the exam room and waited for what seemed like forever. Finally the doctor came in.

The doctor was smiling and asked me how I was doing to which I said, “You tell me. that’s why I’m here.” So I  explained to him what was going on and he looked at my stump. He poked around the scar and finally said you’re fine, its just superficial, put a band-aid on it. I was like really? That’s it? I can use my leg? He replied yes, just go easy don’t over do it.

I can’t really say how happy I was. I believe it was immeasurable but what I can say is this. When my son wheeled me back out to the car I told him to grab my leg from the car and give it to me and there I sat in the wheelchair, in the parking lot putting my leg on. I couldn’t have cared less who saw me. I was free again! After putting on my leg I stood up, all 6’4″ of me and looked around the parking lot happy as can be. Some people carry a lucky rabbits foot. Not I. I had the power of the lucky prosthetic foot waiting for me in the car. It’s too big to put on a key chain.

So there I was with my leg back on and now I had one more thing on my mind. The leg itself.

I had another appointment. It was yesterday with my leg guy. This was in my opinion a very important appointment. I had questions, lots of them. When you get a prosthetic for the first time you have no clue what to expect. Will it hurt, will it be uncomfortable? How long before I get use to it? So off to my appointment I went.

When I got there my son and I were sitting in the room, both of us on our phones. I was checking in to facebook, only the lord knows what Lee was doing. But there we sat awaiting the arrival of Max. Eventually Max came in and we talked. I told him what issues I was having and asked for clarification on a few things. Max explained to things to me and let me know I was doing really great for someone at my stage of having a fake leg. After a bit Max took my leg and went back make adjustments. When he came back I put on the leg and practiced walking back and forth and yes the leg felt better  Then Max said, “Well, I have some questions for you.” He then pulled out his iPad and began asking questions.

Some of te questions he asked were weird. Like, “Do you think you could walk in a gravel driveway?” To which I answered, “Well I haven’t come across any yet, is there s special way to walk on gravel? I think I could but again none have presented themselves to me.” Or another question he had, “Do you think you could walk 2 miles in a forest on uneven ground?” My answer, “To my knowledge,most forests have uneven ground, it’s kind of a given and like gravel driveways I have not yet been presented with a forest to walk in but if you want I’ll try. But aga6i think I could do it. I just wouldn’t be setting any speed records.” The questions went on and finally Max sent my answers to the computer which gave me a score. According to my answers of all below knee amputees in all age categories at my stage of having a leg, I am doing better than 75% of them and for all amputees in my age group I am doing better than 85%. Not bad I thought.

So today I realized what Max was really doing. Those questions had a purpose. He was evaluating my ability to get away from Zombies. I think I passed.

On another note.i basically haven’t used my legs for about 10 months which has resulted in major muscle loss. Walking with this leg is reminding me of this every time I put on the leg. I can feel muscles I didn’t know I had in both my legs and ass  I can already see that this is going to take some time building up those muscles. Luckily for me we have a treadmill. Thus will come in handy durung the winter months. The treadmill along with other exercises will in time help rebuild my legs and butt. I don’t know what I was thinking. Like maybe getting the leg was the end and I would just dance my way down the street. NOT! The journey continues.

I now have goal. Since Max asked me about walking 2 miles in a forest, I’m going to do it.Max said he will be evaluating me again in 6 months so I plan on being able to say forest, done that. Gravel driveway, done that and so in and so forth down the line.

‘Tis good to be alive.