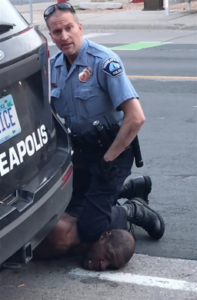 I grew up in Cambridge, Massachusetts. Home of Harvard University and MIT. It’s an Uber liberal City these days but it wasn’t when I was growing up.

The neighborhood I grew up in was pretty diverse. It was working class and poor. There were and still are four housing projects within walking distance to my home. People of all races lived in the neighborhood but the housing projects were pretty racially divided. Washington Elms was mostly Black, Newtowne Court mostly white, Jackson Garden pretty much white and Roosevelt Towers was mixed. Columbia street  although not a project is where alot of  Hispanics lived and Portland street was home to many Portuguese. The projects are still there but are more diverse these days. I lived on Norfolk Street. Norfolk Street ran from Massachusetts Ave to the Somerville line about a mile long. My section of that street was mostly white. For the most part people lived and hung with like skinned people but there was a park on my street named sennott park. It had a baseball field and three basketball courts and kids of all colors came to that park to play.

When I was real young the kids stuck with there own but as time passed on the basketball courts the kids began playing together. Black, White and Hispanics would play pick-up games together. Basketball was a serious sport in that park. Patrick Ewing and Rumial Robinson both played in that park at times. This park had alot to do with my views on life and my views on people. It was where I developed one of my basic tenants in life which is, I don’t care what color you are, I don’t care what religion you follow, treat me with respect and I will treat you the same. It was because of basketball in that park that I came to believe that race and religion has nothing to do with being a good person.

Racism was alive and well in my neighborhood growing up. Basketball was one of the few things that brought together people of different colors. In my high school days there was alot of underage drinking and alot of drugs in that park. If police showed up they always went after the black kids first which was convenient for us white kids as we would be able to run away. The only times the police would come after us is if there were no black kids around. In retrospect it was really sad  but a testament to the racism that was and still is today. It hasn’t changed one bit.

It wasn’t just in the park though. I witnessed many times police coming down on black people much harder than they would have if it were me who had committed the crime. With that said it wasn’t just the police that were letting skin color cloud their judgement. No, lots of white people did the same and even if they didn’t hate black people they just accepted that this was normal.

Now I’m going to say something that some may not agree with but I’m going to say it anyway. I truly believe that most white people are not prejudice. But in order for racism to stop in our nation it will take all citizens to stand up and say enough is enough. We all need to stand together, black, white, brown, yellow and any other color you can think of. Until that happens there will be no change and that my friends is sad because people aren’t going to do this. Not because they don’t want people of color to be equal and treated that way but because people tend to not want to rock the boat unless whatever the issue is directly affects them. What most people don’t realize is that if one section of our society is treated worse then all sections are at risk. We need to stand together and stamp out anything and everything that divides us

Black people are not the enemy. They are a part of us. They are Americans just like anyone else of any skin color. All they want is to be treated equally and in this day and time they shouldn’t still have to be asking for this.

Back to the police. I believe that most police are good people but that is not enough. They all need to be good people. They all need to take the motto on most police cars, “To protect and to serve” to heart with emphasis on “to  serve”. They are paid through the taxes collected from all people including blacks and they work for all citizens regardless of skin color.

I have been watching the news, I’m kind of a news junkie. I see all the protests going on. I see how they are spreading. They have even spread outside the U. S. I fully endorse these protests (not the looting). I just hope something good comes of them. I have my doubts though. I have them because we as a nation tend to have short memories. We live by the news cycles. I worry that something else will take over the top spot in the news. Trust me it will happen and when it does it won’t be long before the protests and plight of black Americans goes on the back burner once again. I hope I’m wrong but I doubt it.

It truly saddens me to know that because of the color of my skin I will be treated differently if I commit a crime than a black man commiting the same crime.

I am not black and I don’t pretend to know what it is truly like to live as a black man but I’m not stupid either. I see the injustice and it needs to stop.

George Floyd, should not be dead. I don’t care what you think of him. He didn’t do anything that warranted the death penalty and even if he did, it’s up to a jury to decide that not the police. The police who held him down and especially police officer Derek Chauvin who kneeled on Floyd’s neck, showed a blatant disrespect for human life and should be prosecuted.

Sadly though this happens too often in America. Black men killed by police for petty crimes or no crime at all just because they are black and black people are treated differently.

Whatever color you are we need to all stand together to stop this from ever happening again. So I say if you are able go out and join the protests then do so. Show the people with the power and money, show all the police departments and all the politicians that this needs to stop. That not only does the needless killings of black people needs to stop but that they should also be given the dignity they deserve and treated equally as citizens of our nation.

If we don’t act together as one people then black people will not be treated anytime soon as equal members of our society and that is truly sad and unforgivable.

Cool Blue Prosthetic Socks. The best on the Market

Get the best whey powder on the market

Workout from Home or While on the Road