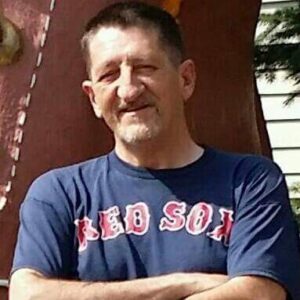 I went to see my surgeon yesterday. For multiple reasons I was a bit apprehensive about going. First my appointment was not until 2:15 and I got up at 8:00. Sharon made me a large mug of coffee (GOD bless her) and went back to bed. I had not slept well the night before so I was tired and feeling run down. I probably should have gone back to bed but instead I sat on the sofa and began sipping my coffee, mulling over the day ahead. I thought, well my physical therapist will be here at 11:00, my step-son Sean will be here at 12:00 and my appointment is at 2:15. That was when I began to doubt my ability to get out of the house.

We live in a basement unit that is so NOT handicap accessible.in order to get out of the house you have to go both up a flight of stairs and down a few stairs. Easy for most not so much for me and my one leg. I was tired and began to worry that I didn’t have the energy to do it. Also, unknown to my physical therapist, plans had changed. Originally the plan was for her and Sharon to help me get out of the house and into the car. But Sharon wasn’t feeling well and so she called her son Sean and he was more than willing to help but wouldn’t be over until noon. This created an issue as my physical therapist was not going to be able to wait an hour for Sean to show up which meant it would just me and Sean. This scared me as in the past every time I got out of the house my physical therapist was the one who helped me do so. I was tired and now I didn’t have my security blanket (physical therapist) to help. I continued drinking my coffee becoming more and more insecure about being able to get to my doctor, an appointment I had to get to so he could check on the damage to my stump from the big fall.

So there I sat drinking coffee and Diet Coke for three long hours and with each passing minute my mind feeding the fear and making it worse. By the time the physical therapist got here I was a total wreck.

When my physical therapist finally showed up she could see in my face all was not well. I explained to her that there was a change in plans and my step son would be assisting me getting out of the house. I told her I was really tired and I doubted my ability to do this without her help. She then went into pep talk mode assuring me that I could do it. I had already done it a few times and it would be a piece of cake. She had no doubt I could do it. We went through all the steps (no pun intended) I needed to do to get out of the house s few times. She then let me know that I was stronger than I thought. That most people wouldn’t even be trying what I had already done three weeks after the surgery. When she left I was still nervous but at least willing to try.

Sean showed up at noon as planned.we talked for a few minutes and then I told him what I needed him to do. Sean had the greatest attitude about it and went about setting things up for me. We sat and talked a few minutes again while I worked up the nerve to try and get out.

JUST SO YOU KNOW: There are alot of steps for me to get out. It involves standing on one leg, sitting, pulling and pushing with my arms and some hopping on one leg. It ain’t easy.

Sean and I ventured out the front door of my unit. I looked at the stairs wanting to turn around but knowing I couldn’t. It was then I got a shot of courage and began my journey up the staircase.

I was actually amazed at how quickly I not only got up the stairs but outside on to the landing to the edge of the stairs outside. Sean was awesome and helped me so much. Before I knew it with, the help of Sean I was down the stairs and sitting in his car ready to go. Despite all my worrying it was the fastest I had ever gotten out of the house. I was happy.

Sean drove me to the appointment and we talked all the way about nothing and everything. Sean is always an easy person to hang with. When we arrived he helped me into the wound center and then thanks to COVID-19 waited in his car until I was done.

After the appointment we drove back to my place where step two, getting back in began. I was still very tired but my confidence was up. Once again we got me into the house in record time.

This whole story may not seem like much to a person with two legs but to those of us with only one leg it’s a milestone. A reason to keep up the good fight. A step towards living a normal life again. It’s gives me hope and shows me I have more strength than I give myself credit for. It gives me reason to keep trying.

Despite all the things life has thrown at me, like Joe Walsh says in his song, “Lifes been good to me so far”. It’s all about attitude and stepping up when you need to do so.

2 thoughts on “Lifes been good to me so far”