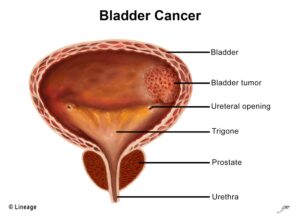 The one thing I can say is it has been one hell of a year. From almost dying twice, to having my lower left leg amputated, then suffering a fall which delayed getting a prosthetic leg and having cataracts I thought for sure this year could not possibly get any worse. I was wrong!

Let me give you a little background. a little over two weeks ago I woke up and went into the bathroom as do most people when they first get up in the morning. I went to urinate and alot of blood came out and I mean alot. So I went to the hospital where they did some tests, looked at my history and asked me a bunch of questions. They seemed to focus on the fact that I have been taken Xarelto and Plavix for a long time. For those of you that do not know they are blood thinners. These blood thinners can have a side affect of internal bleeding.  Happy with themselves they sent me home and set up an appointment with a Urologist. That was a Friday.

On Sunday I became con concerned as the amount of blood coming out of me was not letting up. I swear you would have thought I had been shot. So I went back to the hospital as I didn’t want to bleed to death and thought I might be. Once again they put the focus on the blood thinners which I hadn’t taken in two days. They also put a Foley Catheter in me and called the urologist to get me in quicker. They then sent me home.

On a side note. Whoever Mr. Foley was that invented the Foley Catheter, well I do not have kind words for his invention. The damn things hurt!

On Tuesday I went in to see the Urologist. We talked a bit and again the blood thinners came up. The doctor went over all the blood work and test results from the two emergency room visits and had more tests done. He then sent me home awaiting the test results. On Thursday he called me and told me he wanted me to come into the office the next morning at 8:30.

So I showed up at the Doctors office on Friday morning and we had ourselves a little sit down. He was now concerned about my blood results and the amount of blood I had lost. He wanted to admit me to the hospital, give me a blood transfusion and do a cystoscopy to figure out where the blood was coming from. At first I didn’t want to be admitted. I figured I have already spent more time in this hospital this year then most people do in a life time. After talking about it some more I finally agreed and I was admitted to the hospital which also meant they had to stick up my nose that giant Q-tip that is actually meant for people with nothing between their ears, to test me for Covid. That was the 6th time this year I have been assaulted by that! The only good thing is that I do not have Covid.

So there I was in the hospital and they did their thing. I wake up the next day and I find a new Catheter in me which is bigger than the original and it hurts. After giving me two more bags of blood they send me home with some pain meds, which reminds me, I got into a fight with one of the nurses.

Now before I tell you about the nurse let me say if you do not like profanity then you may want to skip this part. Just giving you a warning is all. So I am lying in the bed. They have blood dripping from an IV into my arm. I can’t get comfortable at all and the pain I was having was killing me. In comes the nurse. she was there to change out the blood bag and hook up another. The pain I was having was from the Catheter going up places nothing has a right to go up. The nurse told me what she was about to do to which I was like, fine. As she began to do her job I got a sudden extra sharp pain which made me twitch. The nurse told me to stay still to which I responded, I’m in fucking pain.  She took it personal I guess and she said, “Do Not Swear At Me!”, to which, with my teeth clenched from the pain I responded I wasn’t swearing at you personally i was just swearing as I am in fucking pain and it fucking hurts and sometimes I swear when I feel like this. She then started yelling at me and kept saying stop swearing. Finally after she said that I was going to listen to her I had had enough and interrupted her mid sentence and told in no uncertain terms that I was not going to listen to her and that she was in the wrong business if she took it personal when it wasn’t  and that she was the rudest nurse I had ever met. She paused and then said quietly, I will request another nurse for you after I am done here. I did not respond but I also did not see her again after that.

I got home that night and on the following Monday called the Urologist to see when I could come in and see him and more importantly get that stupid catheter out of me. It was Christmas week and the doctor scheduled me to come back this morning.

I went in this morning thinking all was well. The bleeding had stopped and he hadn’t called me with bad news. Everything was good. So I thought. I waited for the Doctor in the exam room which seemed like forever and he finally came in (It was probably less than ten minutes.) We exchanged pleasantries and he got down to business. He told me that he had biopsied some of the tissue and that I had high-grade (superficial) transitional cell Bladder Cancer. He told me what we would do to treat it. He was very upbeat and positive about the prognosis. I liked his view of the situation. Still do.

I left the office not upset at all about this news.  The doctor seems to have a handle on it so why should I worry. It is what it is. I got into the car. My wife had been waiting for me in the car all the time I was in the doctor office. I told her what had happened and she began to cry. I’m such a guy. Ladies you have to understand that most men don’t know what to do or say when a woman begins to cry. especially the woman you love. It’s just a fact. When a woman cries, she sheds tears. tears to men are signs that something is broken. Men like to fix things and this is why we always say to women, I wish I could fix that for you honey. We want all to be well and the tears to go away, for as long as they flow we know something is broken.

You see the wife heard the word cancer. It’s a powerful word that conjures up fear in any normal human being. You tell someone you have cancer and they already have you in a coffin. I explained to my wife that she need not worry. That the cancer was caught super early and that it is a very treatable cancer. I assured her I wasn’t going anywhere and that I would live long enough to continue being the pain in the ass I have always been. She calmed down, but I know she is still worried. I wish I could fix that!

So here I sit. Its round two of 2020. I won the first round this year and I am walking again and I feel great. Now I need to turn my attention to kicking the ass of this cancer that is inside of me. I did not invite it so it is time to evict it. Its also time for a new year, a better year. Not just for me but for everyone.

I don’t give up. Just not in my blood to do so.

3 thoughts on “Round Two”