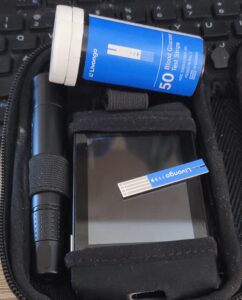 So there is an article out there on the web put out by the Dallas News. It is titled “As job loss strips Americans of health insurance, diabetics turn to insulin-sharing underground,” This is crazy.

When I say crazy I am not referring to those who are doing it but to the fact that people with diabetes have to do it at all. The cost of insulin is out of control and has been for a very long time now. Insulin is a cash cow for Big Pharma and there is little regulation of how much a Pharmaceutical company can charge for this life saving drug. This needs to change.

I use to blog about diabetes exclusively. I blogged about having diabetes, treatments for diabetes, living with diabetes and the cost of diabetes. It was the latter, the costs of having diabetes that really got me going. Partially because at the time I had no insurance and I could not afford to take care of my diabetes properly. It really upset me as I was well aware of what happens to people with diabetes if they do not have their blood sugars under control. You see there are two types of costs when it comes to diabetes. First there is the monetary costs and then there is the loss of life cost. I witnessed it through other family members who had some of the many complications of uncontrolled diabetes. I was afraid because I knew that my lack of being able to get what I needed to control my blood sugars was hurting me internally. No, it wasn’t something you could see on the outside and it was not something that was happening quickly. But I knew all too well that not being able to take care of myself was killing me albeit very slowly. Damage was being done to my body. It was my anger at the system and my inability to do anything about it that made me stop blogging. I gave up.

Well, I have had a lot of things happen to me in the last 15 months. A lot of medical things. Some of it directly due to me having diabetes and not being able to get the resource I needed years ago. There were a number of years I went without insurance and therefore could not afford all the insulin, glucose strips and doctor visits that I needed. I wish now I knew about this insulin sharing underground movement because I surely would have participated. Maybe it wasn’t around at the time but reading this article showed me how insane our system is. Something I already knew but conveniently put in the back of my mind. Not anymore!

I will continue to write about my amputation, dealing and living with it but I also going to start writing a lot about diabetes and also our medical system which does not work at all for a large portion of our population. Especially these days with Covid putting people out of work and therefore out of insurance. It is in my mind a travesty that anyone should have to go without proper medical attention in the world we live in. Think about it. Think about all the drugs that have been invented. Think about all the medical procedures that can be done now. Then think about this. Those drugs, lifesaving drugs, those procedures, lifesaving procedures are not available to all but rather to only those who either have ample money in the bank or those who have good enough insurance to pay for them.

I am a very fiscally conservative guy. I hate seeing our government waste tax payer dollars, especially on things we as a nation do not need. I am also very much against government overreach, especially when it comes to how a business conducts its business. But when it comes to saving people’s lives and providing top notch medical care for all I draw a line. I am not against Big Pharma making a profit, it’s how much of a profit do we as a people tolerate.

Right now the whole medical system is making billions and billions of dollars off the backs of people with diabetes. I’m sure this is true for other illnesses as well. It I time for this to stop. It is time for the government, our government, you know, the one that is for the people, for the people and of the people to step in and say you can’t charge that much for your products and services. And you must ensure that everyone has access to the care and prescription medications they need. Personally I believe that people are more important than money and we as a collective people should recognize that and this should also reflect in our businesses.

So here are some numbers to ponder. Per the ADA, The American Diabetes Association,

Here is something else to ponder. Diabetes kills people. There are many complication that happen because a person has uncontrolled glucose levels. Having diabetes can affect your heart, kidneys, eyes, feet, hands, your nerves, blood pressure and lead to strokes. You often hear about or know someone who dies of a heart attack or maybe a stroke. What you don’t hear is that the person probably had diabetes. If they did then the heart attack or stroke was probably caused by the diabetes so in essence diabetes killed them. But you never hear that someone died from diabetes. You hear about the complication from having diabetes not diabetes itself.

In order to avoid the complications that diabetes presents, a person needs to keep their glucose or blood sugar levels in check. To do that one needs to be able to check where the glucose levels are at any given time to see if the levels are too high or too low. In order to do that you need a glucometer. The glucometer itself is fairly easy to get and often a person can get one for free but it is the strips that are often prohibitively expensive. They can easily cost up to $2.00 per strip. That doesn’t sound like much but if you think about it if you take an average of 4 strips per day that ends up costing you

$248.00 per month without Insurance. For me with Insurance I use to pay $70.00 per month and that does not actually last the month. I am fortunate now that earlier this year my company through a partnership with my health insurance and Livongo now offers me free strips. I am very lucky to have that as I test my blood more than four times a day.

I am also on two types of insulin. Both of which without insurance would cost me about $500.00 per month for Levemir and about the same for Novolog which would mean just for my insulin with no help or insurance my monthly cost would be up around $1000.00. Fortunately I have insurance but even with that it still cost about $70.00 each or $140.00 per month. A little disclaimer here. In an average year I hit my deductible around late October so the last two months I get my prescriptions for free. 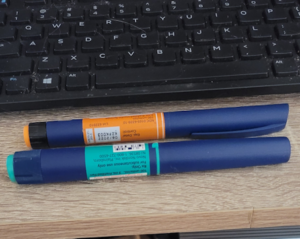 Just to be fair, most pharmaceutical companies do offer programs for those without insurance to get insulin at a lower cost but alot of times those programs have a time limit.so after 1 or 2 years you are back at square one. At the end of the day, insurance, no insurance or somewhere in between the monetary cost of having diabetes is high and it shouldn’t be. The pharmaceutical companies justify the prices saying that they need to charge the prices in order to do more research and bring better drugs. Also to be fair it is not all Big Pharma’s fault for the high prices of insulin. It’s the whole system. There are a number of players that get a piece of the profit pie. You have the manufacturer, the Pharmacy Benefit Managers, the drug wholesaler and the pharmacy who are all dipping their greedy little fingers into the pot driving the cost of insulin (and all prescriptioen drugs) higher and higher.

I have been talking alot about the monetary side of having diabetes and the costs associated with it. there is an even bigger cost though. The cost of living a normal life or living at all. People every day are falling to the many complications of diabetes making quality of life and even living at all another cost we don’t really talk about. At least not in the right way.

Every day there are many, many people suffering heart attacks, having amputations, fighting kidney disease, losing their vision. Every day there are millions taking blood pressure medications, blood thinners and other medications because they have been diagnosed with heart diseurs, neuropathy, high blood pressure and other diseases. What you don’t realize is that the majority of these people got these diseases because they were diabetics and their blood glucose levels were not under control.

So you don’t have diabetes and maybe think this does not affect you? Wrong! it does. It does in the amounts people pay for their medical services, their health insurance and their prescriptions. It does because it drives up the cost of everything for everyone diabetic or not.

I plan to write alot more about diabetes. What it does to people. How the current health system in the U.S.affects those with diabetes and how that also affects those without diabetes. But for now, I just want to say to the point I made at the very beginning fo this post. It is crazy that a person who has diabetes needs to go underground to get the help they need to live a healthy life and stay alive.

4 thoughts on “The High Cost of Diabetes”