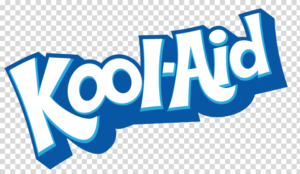 I read alot of news. I think it’s important to be informed. There’s just one problem. There are no reliable unbiased news sources out there. This is why I read multiple news sources both left and right leaning. In my opinion it’s the only way to get some semblance of the truth. That truth usually lives somewhere in the middle of both the left and right views.

I don’t pretend to know everything, far from it actually. But I do know when someone is full of it and there are plenty of talking heads on both sides that are just that. What amazes me more is how many people actually believe verbatim what they read on websites and what they see and hear on TV. You can see proof of that by simply reading the comments on any story on any website. People just attacking each with talking points from the left or right spewing hatred for their fellow Americans. Nobody wants to have a peaceful discussion of the facts. People just drink the red or blue Kool-Aid without ever checking the validity of the talking points they spit out. Hell, if you ask most people to expand on their talking points they can’t do it. It would be like asking a parrot what kind of cracker. The parrot would just repeat they want a cracker

People need to stop believing everything they read or hear. People need to start thinking for themselves. Until that happens we as a nation are screwed. Our economy is in shambles. Millions of people are out of work. The Federal Government seems to think the thing to do is just print more money and give it out. That is not the answer. That just puts us more in debt. What we need to do is get Americans back to work.

I’m not a Republicans or Democrat. I personally don’t feel like either party is looking out for me or you. Neither party is addressing in any real way, how to get us back to work. How to get our economy thriving again. I don’t pretend to have the answers. But our leaders in Washington and in our home states sure as hell aren’t giving us any real tangible plans either. Instead they just keep pouring the Kool-Aid and most of us keep drinking it. There is no shortage of Kool-Aid to drink in our country and that needs to change. The only way that will change is for Americans to stop drinking the Kool-Aid, start thinking for themselves and start demanding that our leaders do the jobs they were elected to do and to demand that the media return to reporting unbiased news.

It’s up to you America. What do you want? More of the same or a government that works for us? If you want the government to work for us then you need to put down the Kool-Aid. Don’t believe everything you read or hear. Search for the truth it can set you free.

Oh, one last thing. Be nice to your fellow Americans. Just because you may have a different opinion doesn’t mean others with a different opinion are evil or wrong. If you give people a chance to explain their position you will find that most of us care about the same things. What I just said is true, no Kool-Aid involved.

Have a good day!😊